A question of Venues: India Vs England in India, 2007

So, the pre-tour jostling has commenced in earnest. It seems to me that, prior to almost every tour of either Sri Lanka, Pakistan, Zimbabwe, Bangladesh or India, the ECB has some problem or the other that is brought up! Some of the issues that the ECB throws up (like those relating to the 'legitamacy of' or the 'need for' a Zimbabwe tour itself) are often legitimate. And some of them are a mixture of needless pedantry or insulting positioning.

Earlier, the ECB used to whine about almost every tour. Some things have improved. However, the English method still remains the same! Clueless...

The latest spat involves the same actors -- Lord McLaurin and Dalmiya. And this time, the issue is about the venues for the England cricket tour of India 2006. The negotiation method chosen by the ECB was to play out their whining through the media. Nothing gets Dalmiya's goat more than this! If McLaurin wanted to wave a red rag to a raging bull, he could not have chosen a better method!

Not only was the ECB's request for changing the ODI/Test venues turned down, the BCCI decided to allocate the warm-up matches to obscure little towns! It was a deliberate ploy on the part of Dalmiya to thumb his nose and deliver an unpleasant upper-cut to the upper-lipped!

The ECB had sent its officials (Carr and Bevan) to meet with the BCCI to sort out the venue negotiations for the Tests and ODIs. The choice of venues was, apparently, non-negotiable. But along the way, something must have irked the businessman from Kolkata. It is said that Dalmiya personally attended the planning meetings and is said to have exerted his influence on the outcome! This was, perhaps one slap in the face too many for the ECB to tolerate.

However, the ECB must blame their own method for the impasse. Much of this drama was played out in the media through well-placed feeds and leaks.

Scyld Berry, in his article in The Telegraph talks of the BCCI being the cricket world's "most eccentric organisation". It is actually quite a funny read and exposes a deep sense of subcontinental distrust and Anglo superiority that the English have! It is little wonder that they lose most of their Test matches in the subcontinent even before the itinerary is mapped out! While the choice of venues for the Tests is attributed to India's need for the spin-friendly pitches of Ahmedabad, Mumbai and Nagpur, the choice of the poor ODI venues is attributed to the fact that India does not want English fans at these grounds! Scyld should know that Bangalore and Chennai are probably more spin friendly than Ahmedabad and Nagpur! The regional politics of "rotation" seem to be lost on the English.

Things took a turn for the worse when Carr and Bevan were sent to India by the ECB to sort out the mess. The damage was done, however, it seemed. The previous weeks' rumblings in the press seem to have had a bad effect on Dalmiya & Co! Not only did Carr and Bevan lose the negotiations, they suffered the ignominy of seeing the practice games allocated to Jameshedpur and Agartala!

The chess game enters a new phase with the ECB having made informal requests to Pakistan to see if the warm-up games could be held in that country! This was seen by Scyld Berry as a diplomatic snub to the BCCI! If this were true and if I were Dalmiya, I'd be rubbing my hands in glee! The snub is bound to backfire. It just provides Dalmiya with another opportunity to rub it in! Although Scyld Berry quotes Pakistan media manager Naushad Ali as having accepted the request to play the warm-up games there, The Guardian report says that the approach to Pakistan has only been informal. Wonder what happened to the ECB theory that Pakistan is an "unsafe place"? :-)

On November 20, Rediff reported that Colonel Naushad Ali, Pakistan Cricket Board's Media Co-ordinator, confirmed England had made an approach to stage the warm-up games in that country. He is reported to have said, "I'm sure we can arrange something between Islamabad and Lahore,".

This has all got out of hand really!

If all of the above is true, Dalmiya would calmly say to Pakistan that Team India will play its warm up games (prior to its tour of Pakistan early next year) in Bangladesh or in Afghanistan! Faced with that insult, I am pretty sure that the PCB's invitation to ECB to play warm up games in Pakistan will be hastily withdrawn. Naushad Ali will receive a gentle whip on his backside from Shahryar Khan. With the PCB invitation withdrawn, the ECB will have no choice but to come back to the negotiation table with its tail between its legs!! At that point, a face-saving move would be arranged of changing Agartala to Bikaner or Udipi or Tirichi or someplace else :-)

Such are the methods of the Dalmiya world!

In reality, the ECB does have a valid case, in my view. Olympics committees do take into account infrastructure facilities and plans prior to allocating a city the "right" to host the Olympics. And when they do that, they do not merely look after the needs of the athletes. It is, in fact, a very minor factor in their consideration. The major factor is lodging facilities, infrastructure facilities (hotels, restaurants, business meeting places, theatrettes, seminar rooms, night clubs, pubs, etc) and logistics/transport facilities. This is because it is the responsibility of the host nation to ensure that it has sufficient facilties to ensure player comfort as well as fan-follower-comfort. And given the amount of business that gets transacted at (or around) these major events, the consideration is not just about the ground, the stadia, player comfort and the rooms that athletes stay in. That would be way too myopic.

The ECB is right, in my view, to enquire about facilities for their fans and supporters at the various venues. Their method is, however, quite shocking!

At least the ECB is looking after the comfort of their fans and families. In India, we tend to take the comfort of every one else (apart from the BCCI invitees and the players) for granted. In that regard, I applaud the ECB.

The organising host (be it of the Olympics or a wedding or a cricket match) has a Duty of Care towards his/her guests/fans.

Although the presence of restaurants, pubs and theatres may be inconsequential for cricket (although I'd disagree if one looks at the bigger picture, which I will come to in a minute), good accommodation and good fan-comfort falls smack-bang in the middle of the venue-selection remit.

The bigger picture... Sports tourism is a fast growing industry. The World Cup Soccer is going to be big news where millions of sports tourists are going to thrash through Germany next year. It is not just about soccer fans. It is more than that. Even cricket-based-tourism is a growing industry. India does not tap into it in a big way. If India did want to tap into it, it would/should junk the rotation policy and schedule England and Australian matches in major venues where fan-comfort is much better than at Agartala! Moreover, at these other places, there are often many other tourism-products to on-sell and cross-sell.

Why Australia and England? Well, their fans are perpetual travellers. The FANATICS (an Aussie fan club) has many many fans that will travel with the team to most places. The West Indies has benefited from this in a major way.

This whole sage has been sordid. Anand Vasu has provided a nice summary on CricInfo.

I think the ECB was right in making their request. I think the BCCI has been needlessly pugnacious and inflexible in their defence of their stance. The ECB method has been shocking and smacks of their Imperial past.

Unfortunately, as a result, they will play in Agartala and, if they carry-on like they have been, they may end up playing a Test match in Outer Udipi or Jhumritalaiya!
at 4:04 pm

Email ThisBlogThis!Share to TwitterShare to FacebookShare to Pinterest
Labels: Cricket 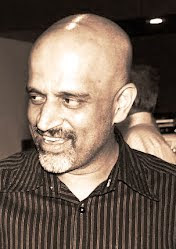 i3j3: A Cricket Blog that I contribute to...

My Top-10 Board Games

Board Games that I have recently played

A random collection of Board Games that I own